It looks like two old rivals will be reunited for a third time, as Miesha Tate will defend her newly-won women’s Bantamweight title against former division queen, Ronda Rousey.
That’s according to Ultimate Fighting Championship (UFC) president Dana White, who revealed during the post-fight recap show that “Cupcake’s” first title defense will be against “Rowdy” later this year.

“I think that Ronda now will fight Miesha Tate for the title. That’s what’s going to happen. That’s what I said before this fight even happened. Whoever wins tonight will fight Ronda for the title. I texted Ronda — Ronda wasn’t watching the fight. I text Ronda and she said ‘what happened?’ I said ‘Miesha just choked her unconscious’ and she said ‘looks like I’ve got to get back to work.’ She’s scheduled to not come back until October or November but it doesn’t mean I can’t ask.”
Tate won the title after choking out Holly Holm in the fifth and final round of their co-main event bout at last night’s (Sat. March 5, 2016) UFC 196 pay-per-view (PPV) event (full recap here).
Rousey and Tate initially went toe-to-toe in 2012 under the Strikeforce banner, as Ronda submitted Tate via first-round armbar to capture the 135-pound strap. A year later, the two ladies collided at UFC 168, as Rousey held on to her UFC title by catching Miesha in another armbar, this time in the third round.
As White revealed, there is no timetable for Ronda’s return thanks to her Hollywood duties — which are currently on pause — but the boss isn’t opposed to trying to convince her to come back sooner, rather than later.
The Trainer Boxing/Functional Training Club Hood River http://www.thetrainerhoodriver.com #thetrainer #hoodriver#personaltrainer #functionaltraining #functionaltrainer#rusticparkour #insideoutfitnesshoodriver #muaythai #fitness #functionaltrainer #health #running #fitnessaddict #workout #cardio #mma #training #healthy #parkour #boxingfunctionaltrainingclubhoodriver #columbiarivergorge #active #strong #motivation #determination #lifestyle 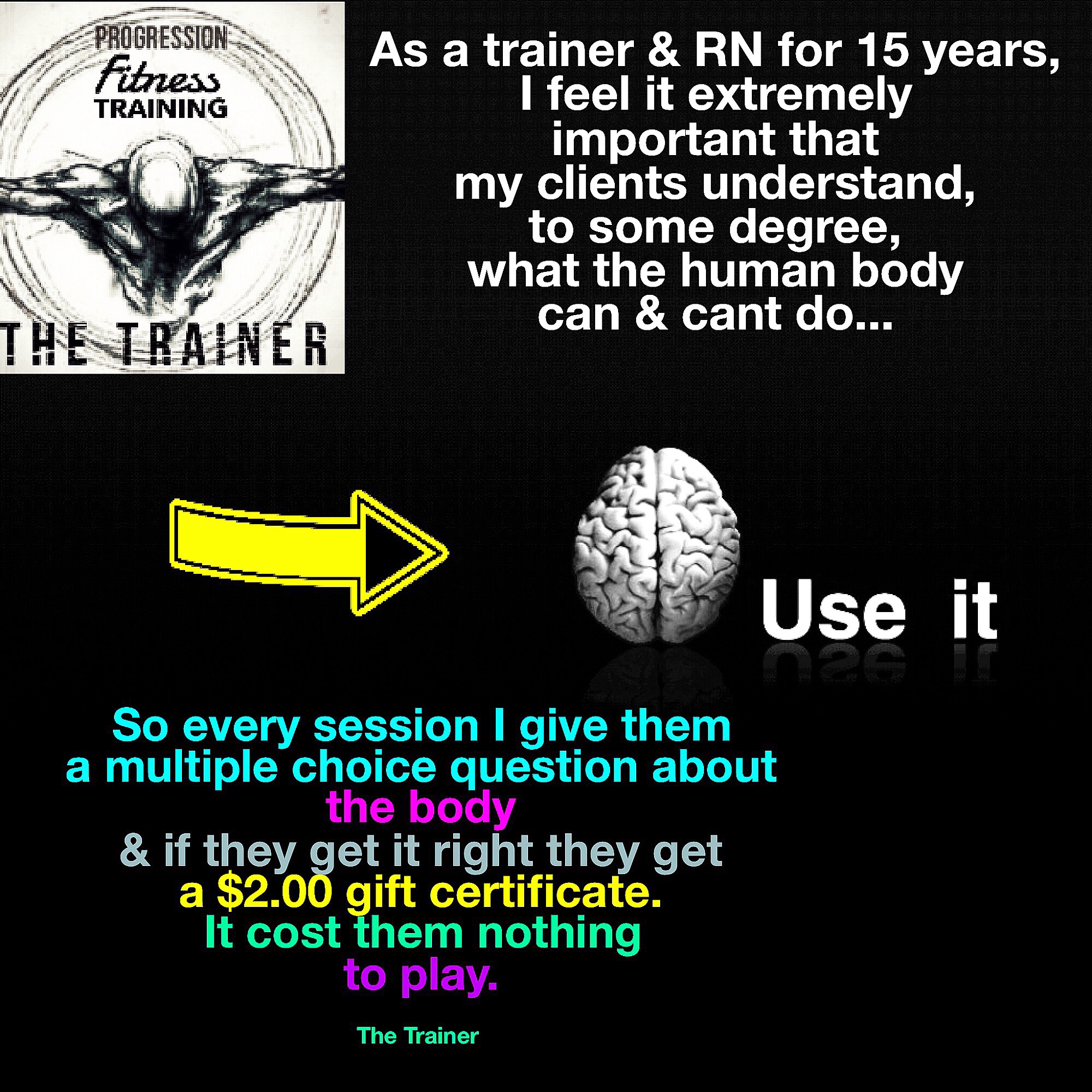 Do you know you ? The Trainer

Spostamento del corpo (moving the body) month is November 2015 at Inside Out Fitness! We are celebrating Italy since it is one of the countries I will run through next