Rousey’s coach says she could be a world champion in women’s boxing. Many talented boxers with a fraction of her visibility would love to see her try

Ronda Rousey demonstrated o more this past Saturday that she is without peer in the Ultimate Fighting Championship’s bantamweight division. Rousey finished Bethe Correia in just 34 seconds at UFC 190, using not an armbar submission – her trademark coup de grâce that finished nine of her previous 11 bouts – but the standup punching which had widely been perceived of as one of the weaker facets of her game.
Unexpectedly, Rousey charged at the previously unbeaten Brazilian, who many thought would have the advantage if they stood up and traded blows. A right hand behind the ear sent Correia face first onto the octagon. And that was that.
Rousey’s last three bouts have lasted a combined 64 seconds, capturing the attention – and imaginations – of the mainstream public.
And how those imaginations have run wild regarding the 28-year-old from Riverside, California. Some have likened her fierce approach to combat to Mike Tyson during the 80s: how she snarls and glares and intimidates opponents, psyching them out before the opening bell even sounds.
The 2008 Olympic judo bronze medalist has had to fight past the first round just once in 12 outings. Her string of early victories since turning professional in 2011 have cultivated an aura of invincibility. With a talent pool struggling to keep up with demand for credible opponents – she is set to face Meisha Tate for a third time next – it seems only age or complacency can one day end her streak.

But while Rousey is universally respected for her skills in mixed martial arts, her boxing coach Edmond Tarverdyan has prompted sideeye from the women’s boxing community after saying that Rousey’s hand skills could earn her a boxing championship if she wanted.
“I know she wins the boxing world title,” Tarverdyan told MMAFighting.com. “Ronda has nothing to prove to me.”
Tarverdyan went on to say that Rousey has never lost a round while sparring against male boxing champions. Attempts to reach Tarverdyan for follow-up comments were unsuccessful, but the remarks have caught the attention of several female boxers who would like nothing more than to see Rousey back up her trainer’s talk.

“I think she’s just brand new at boxing,” Layla McCarter, a former lightweight and junior welterweight champion who has boxed professionally since 1998, told the Guardian this week. “She’s very good at what she does, but she needs to stay in her lane because boxing takes a lot of experience to reach the top level.
“She better just stay in her lane because she’s going to get hurt.”
Those sentiments were also echoed by former junior lightweight and lightweight champion Amanda Serrano, who said she watched the Correia fight and observed plenty of holes in Rousey’s boxing technique.
“Her movement is very bad, how she walks into punches and she would get caught,” said the Brooklyn-based Serrano, a pro since 2009.
“The girls that she’s fighting, they’ve got limited boxing skills. They rely on grappling on the floor. She fought that girl that didn’t know how to fight and she ended up with a black eye.”
Boxing and mixed martial arts are different sports which require different training methods. But that hasn’t stopped Rousey – and UFC president Dana White – from publicly exploring the hypotheticals of crossover bouts governed by MMA rules. White has said on several occasions that Rousey would defeat boxing’s biggest star Floyd Mayweather Jr in an MMA fight despite Mayweather having shown no interest in competing in that sport.
Rousey has also made repeated jibes about Mayweather’s history of domestic abuse, most recently at the ESPY Awards in July, when she, after being awarded the Fighter of the Year laurel, said of Mayweather: “I wonder how Floyd feels being beat by a woman for once.”
Though intended as acts of female empowerment and retribution through public shaming, the comments have only made the victims punch-lines of publicity stunts.

The terrain on which a fight is competed dictates who would have the deciding advantage. With MMA, a fighter with superior grappling skills could nullify the one-dimensional punching attack of a boxer, as was the case with boxing great James Toney in his ill-advised 2010 loss to three-time UFC heavyweight champion Randy Couture.
Both Serrano and McCarter fight at or near the weight that Rousey competes at and have publicly issued challenges to Rousey for boxing matches, which Rousey has not acknowledged. She did however acknowledge the statements that former super middleweight champion Laila Ali, who retired unbeaten in 2007, made to TMZ in March.
When asked if she could beat Rousey, Ali cited her size advantage – she fought at nearly 40lbs above Rousey’s weight – and said Rousey was too small to be competitive. Rousey responded that she could beat Ali even if they competed in boxing.
“I’m an Olympic athlete and I would take time to focus on that entirely, but if I could go from judo to MMA, why couldn’t I go from MMA to boxing?” Rousey said. “I think that having that kind of belief in yourself is important to be the kind of level I’m trying to be.”
White unsurprisingly was only interested in discussing the fight in an MMA cage, while Ali reiterated that she is retired and has been for nearly a decade.
“I know [Rousey competing in boxing] would be a disaster for her and I know Dana White would never let that happen,” McCarter said. “They need to keep her invincible.”
Not much footage of Rousey’s boxing training at the Glendale Fight Club in Southern California is public beyond a 2013 sparring session with Vic Darchinyan, a former boxing champion in the 112 and 115lb divisions. The edited footage shows Darchinyan pulling punches but landing the majority of his attempts from awkward angles, after which Rousey emerges with a face noticeably red from impact.
Ronda Rousey sparred with Vic Darchinyan in 2013.

The video makes it hard to imagine she’d offer much of a challenge against the likes of Cecilia Brækhus, Ana Julaton or Erica Anabella Farias, women who have spent the better part of their whole lives plying their craft. Allowing that confidence verging on arrogance is typical of many high-level athletes, it seems almost insulting to suggest otherwise.

“You were able to see that her boxing skills weren’t there,” critiqued Serrano. “He was throwing stupid punches and catching her. Her movement, her whole body mechanics weren’t there. Her hands were down, she was doing something with her elbow, at one point she was trying to be like Mayweather. It just wasn’t put together right. It wasn’t how a boxer is supposed to look.
“In fact, they made a mistake putting it up. I don’t know how the trainer Edmond says she’s never lost a round in the gym. Even the best of the best lose in the gym. From what I seen in that sparring session with Victor, she lost every round.”
If there’s common ground that women in both sports can understand, it’s the fight for acceptance in male-dominated sports.
Before Rousey joined the UFC in 2012, women’s MMA was in a similar state to that of women’s boxing in the mid-90s. Women’s boxing showed promise when Christy Martin, a coal miner’s daughter from West Virginia, stole the show on Tyson’s post-prison undercards, making it to the front cover of the 15 April 1996 issue of Sports Illustrated.
But while boxing wound up dropping the ball on its female ranks, and television networks and promoters alike abandoned the sport, the UFC has turned Rousey into MMA’s biggest star, and she’s reaped the benefits with appearances in films like Entourage and The Expendables 3, plus an appearance at the latest WrestleMania alongside Furious 7 co-star Dwayne Johnson. She also landed an SI cover of her own, which dubbed her the world’s most dominant athlete.
“Dana White showed something important, that all it took was him to give women a chance to be seen, and look what she did,” said McCarter, who last competed in Big Knockout Boxing, a hybrid boxing league fought in a pit without ropes, in April. “She wowed them. Some of these boxing promoters are not even willing to give these women a chance to showcase, to be featured on these shows.
Advertisement

“So how can they be seen or gain an audience? [Boxing promoters] could definitely take some lessons from Ronda Rousey and the UFC.”
If Rousey is looking for a challenge, she’d only have to look towards Invicta female featherweight (145lb) champion Cris ‘Cyborg’ Justino, who has for years sought a fight with Rousey. Squabbles over weight – Rousey wants Justino to drop 10 pounds to bantamweight – and Rousey’s repeated taunts over Justino’s 2011 positive steroid test have cooled hopes for that bout for the time being. 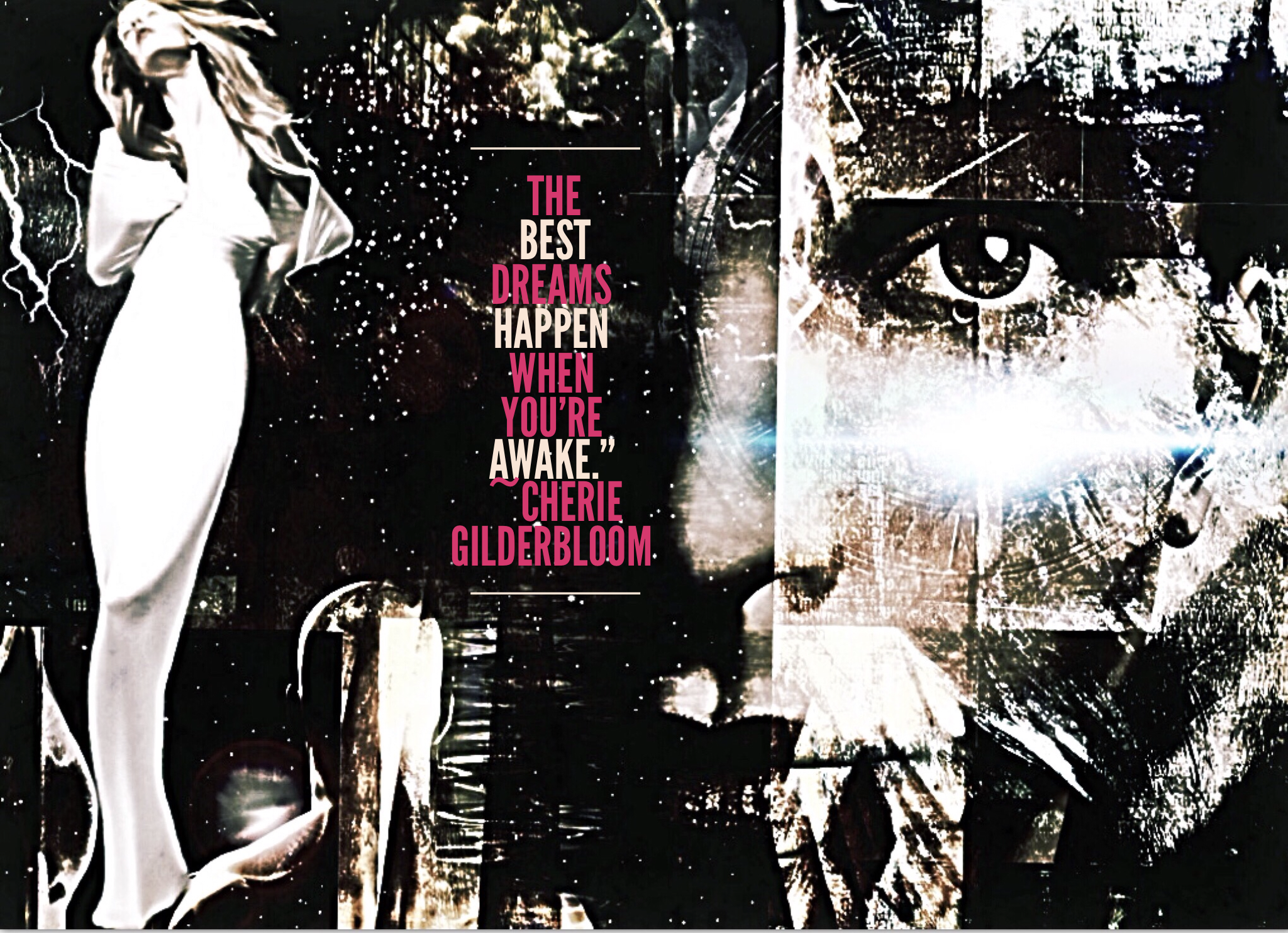