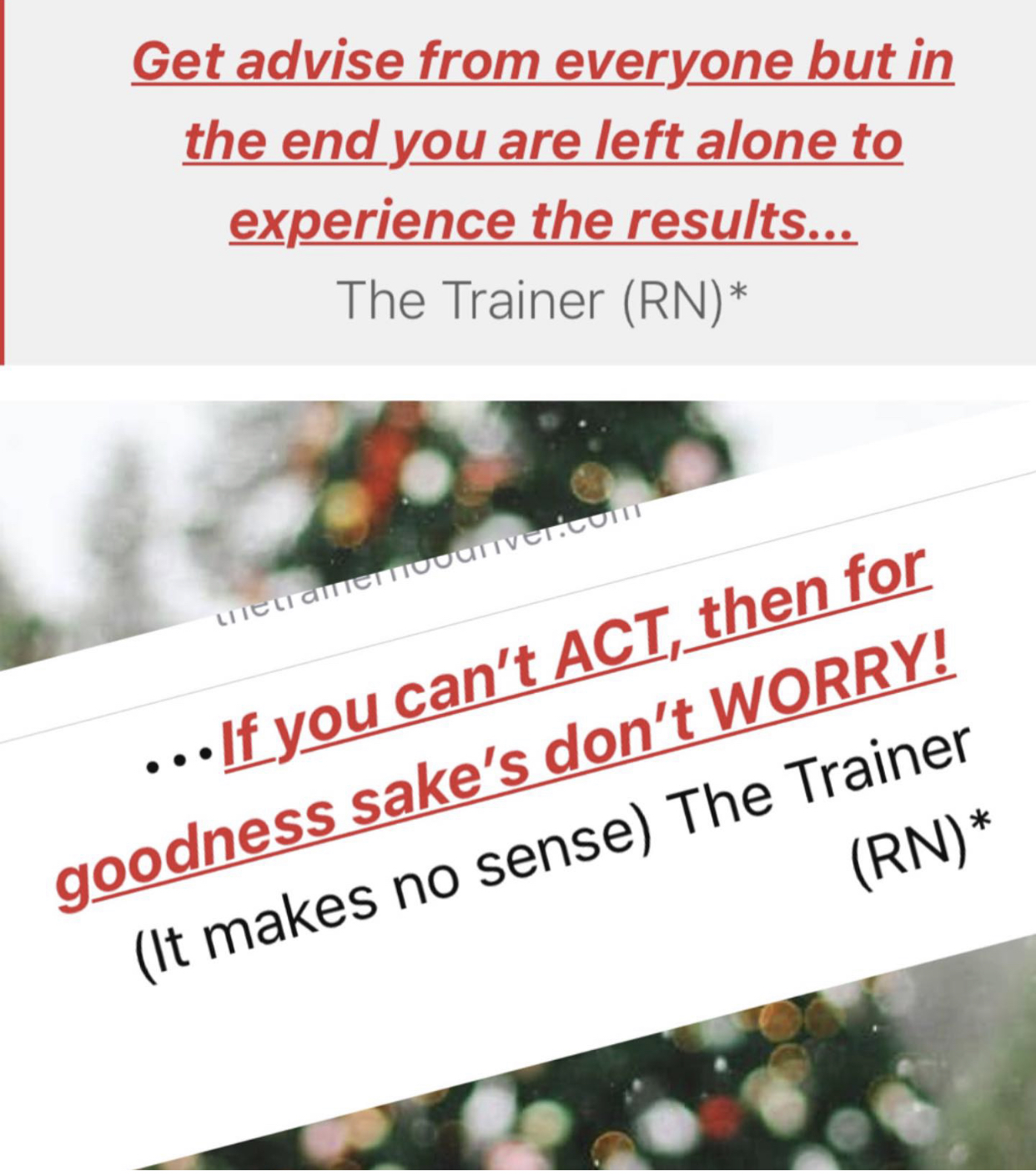 Fitness never stays the same. Back in the 1970s, ads for gyms showed skinny men getting sand kicked into their faces by Arnold Schwarzenegger wannabes. In the 1980s, actress Jane Fonda dragged aerobics workouts into the mainstream, only for the 1990s to usher in the era of gyms that resembled treadmill farms, in which everyone did cardio as a mostly solitary activity while listening to a Walkman. Despite the appearance of fit balls and functional exercise in the early 2000s and Crossfit in 2005, most fitness chains largely stuck with the philosophy of the more equipment the better.
But times change, and as fitness science points to more effective forms of exercise such as high intensity interval training, functional movement training and group classes, we are taking the opportunity to undertake a radical transformation of our gyms and training programs.
Dynamic Movement Training or DMT is a new kind of training with an innovative approach that makes use of the body’s natural movement patterns with a series of three dimensional exercises that work the entire body.
DMT provides three times the benefits of traditional isolation training, by improving dynamic strength, fitness and function at the same time. Since DMT is used in combination with group training sessions, it’s also a fun and motivating way to exercise.
The first example of Dynamic Movement Training in action is The Zone concept which was launched in Fitness First King Street Club. The Zone brings together six zones of different dynamic movement exercises that range from cycle for beginners to high intensity training and cross-training for the very fit. The Zone workouts are done in small groups of 8 to 12 people in sessions of 15mins, 30mins or 45 mins each, and are essentially for members on the go who want maximum results in the least time.

We’ll ask you a confronting question. Why do you train the way you train? It’s a question to consider not just from an emotional or motivational point of view, but a technical one: why do you choose the exercises and movements that constitute your weekly training program?

If you look in any gym or health club today you will see people training on all sorts of machines. Numerous people will be doing a huge variety of isolation exercises in order to stimulate the muscles to become bigger, stronger and more functional. Some fitness professionals continue to write training programs for clients that break the body into various parts and even individual muscles or muscle groups – they talk about chest, back, biceps, triceps, shoulders, glutes, quads, hamstrings and calves. But do the advances in science support such program?

2 DMT involves the entire body working together to challenge all the systems of the body.

3 DMT will build energy in day to day activity as you become stronger and more efficient in movement.

4 DMT will improve functional strength, aerobic endurance and functional all at the same time.

5 Due to the demanding nature of DMT style movements, energy expenditure is very high and is therefore great for fat loss.
“IT INVOLVES THE ENTIRE BODY AS ONE INTEGRATED UNIT…”

TABLETOP ANATOMY
Let’s examine the roots of the type of training that focuses on various body parts. To do this, we have to go back to the 1930s, when much of our understanding of the anatomy of the body was formed. This type of anatomy is known as “tabletop anatomy”. It came about because researchers were using electrical equipment to stimulate the individual muscles of cadavers in order to see what effect they had on bones and joints. From this we learned that the biceps flex the elbow, the triceps extend the elbow and the soleus extends (plantar flexes) the ankle, for example.
The research from the 1930s was corroborated in the 1950s when extensive muscle testing was performed as a result of the polio epidemic. In this case, researchers used living individual, but again their research was conducted with the subjects lying on a table. The researchers did their utmost to isolate individual muscles and learn their effects on bones and joints since it gave them a lot of information in identifying when a person was starting to suffer the effects of the muscle-wasting polio disease.
It was also in the 1950s that bodybuilding rose to prominence, and the bodybuilders obviously used knowledge of anatomy when designing training programs. To this day, bodybuilding ideas continue to dominate, although the vast majority of the population do not want to look like bodybuilders.
In the 1970s resistance training took a different turn. A guy called Arthur Jones produced a range of machines branded with the name Nautilus that allowed people to isolate muscles while allowing for stricter technique, which often allowed for an increase in the amount of weight or load, an exercise variable that we all know is required for muscular hypertrophy. On the face of it, this sounded like a great idea – it taught the importance of good technique and machines meant you could even sit down while you exercised!
THE STRONGMEN OF THE EARLY 1900S
At this point you may want to consider a couple more questions: how many veteran bodybuilders do you know who are pain-free? Why are the majority of bodybuilders so much weaker, even though they have more muscle, than traditional strongmen? It’s ironic that the strongmen that had preceded the bodybuilding movement, and who knew very little about anatomy, used every integrated and function-based movements to train for strength and power.
In fact, the strongmen of the early 1900s were enormously powerful and strong.
Eugen Sandow, one of the most famous strongmen of all time, could clean and press a single dumbbell, weighing over 300 pounds (close to 140kg)! His training tools? They consist of predominantly dumbbells and barbells.
A key word to consider with the types of movement we are talking about here is integrated, the entire body functioning as one integrated unit to complete a movement. This is one of the premises behind Fitness First’s Dynamic Movement Training. But just like any good late night commercial, wait, there’s more!
INTERACTING IN FUNCTION

Modern biomechanists and functional anatomists have begun the long process of identifying how the body interacts in function. When we say function, let’s look at the proper definition, as the word is often misused today. The New American Medical Dictionary defines function as “the special work performed by a structure in its normal state”.

So what is a “normal state” for human beings – is it lying on a table? I think not. Gary Gray is a physiotherapist in the US who, along with Dr Dave Tiberio, an expert in functional movement, has had a huge impact on our understanding of training. They have built on the work of leading anatomical and biomechanical researchers such as Ida Rolf, Andre Vleeming and Raymond Dart and, in 2004, identified the following as essential for functional movement:

Movement should be tri-planar – this means it challenges you in more than one plane of motion, in contrast to traditional gym programs which focus on only one plane: the sagittal plane (which splits the body front to back into left and right halves and whose basic joint movements are flexion and extension).

Movement should be integrated – it involves the entire body moving as one integrated unit. This requires proper gravity-orientation – most movements in everyday life require us to be standing up under the forces of gravity.

Movement should be proprioceptively enriched – meaning the brain and body working together to move efficiently within a given environment.

Movement should be dynamic stabilisation – this is your body’s ability to maintain control and balance through movement.

You may be wondering how these functional movement rules impact on you if your main priority is weight loss, an increase in muscle tone or to generally feel a little better throughout your day.

In fact, this style of training has many benefits, including high energy expenditure, the ability to activate a lot of muscle tissue which supports increases in lean muscle mass, and when performed correctly through h a full range of motion, can even help improve mobility around joints.

The good news for all Fitness First members is that DMT reflects all of the above point and is programmed into much of Fitness First’s Freestyle Group Training, Fitness Workshops and Fitness Programs.

Your body was designed to move with purpose and movement is essential to having a healthy body and mind. DMT utilises your body’s natural movement patterns to improve functional strength and aerobic and anaerobic capability. Due to the high metabolic demands of DMT it is an essential part of anybody’s weight management program.

So does this mean we throw out all our fixed weight training equipment?

Isolation training can indeed produce the stimulus for muscle hypertrophy (increase in muscle mass), and may be appropriate for a specific portion of trainees. However, it lacks the multi-level stimulus approach the body requires to perform task in an effective manner and can ultimately lead to dysfunction and chronic pain.

Exercise equipment with fixed ranges of motion does have applications, particularly for beginner trainees or those returning from injury. However it cannot replicate the variety and the range of positions our joints and segments are capable of.

In order to train the body in a way that’s complementary to its design, we must remember and consider the following.

Joints have the capacity to move in three planes of motion although not equally in all planes, which allows them to control forces placed on them and to load associated structures to assist smooth, controlled movement. We need to rid ourselves of sagittal plane dominance in the gym and move through the frontal (side to side) and transverse (rotation) planes to ensure a balanced training program.

In addition to being able to initiate movement and accelerate, we now know that for maximising performance and minimising injury, the ability to decelerate is critical. This is what we call eccentric control of force, such as where you contract a muscle as it lengthens, like lowering a weight or changing direction while running. This is vital to overall kinetic chain functioning where your muscles and joints work together to produce movements. Force reduction always precedes force production, which dictates that you must load (stretch) before you unload (contract) the system. Use gravity and momentum to load the body, allowing the system to function at closer to full potential.

Where possible, get off seats, benches and stability balls into a proper gravity-orientation, such as standing up.

Much of what we currently do in the gym is based on an outdated understanding of anatomy. Even bodybuilders, who favour isolation exercises, would greatly benefit from integrated strength that can only be developed by training in an integrated manner.

The best way to experience the benefits of this new aproach to training is to join the “movement” of Dynamic Movement Training, and attend a Fitness Workshop or Freestyle Group Training session in your club.

And next time you find yourself feeling a little flat in your workout and thinking about using the abdominal crunch machine, ask yourself: why do you train the way you train?

Be all you can be!